The Ancient Ones Speak (TAOS) is a tabletop roleplaying game for one "Ancient Arbiter" (who runs the game) and one or more players. The game also starts with a full tutorial, so once you (the Ancient Arbiter) have grasped the rules, it's ready to go from the moment your friends sit down at the table.

Who are the Ancients?

There is more to this world than we ever really stop to consider. The belief systems we invest in have changed time and time again across the millenia. Regardless of what we believe today, the stories we all tell hint at deeper concepts – stories that are older than any of us, and care little for the petty day-to-day of individual mortals. These concepts influence our lives, our deaths, our environments, and our fates; but also, in time, they are changed by us in turn.

The Ancient Ones represent – and sometimes fully embody – these concepts, and sit at the very heart of this game. As the Arbiter – the player who runs the game – you will portray these strange beings and their stranger motivations, as the other players try and grapple with forces beyond their comprehension.

The Ancient Ones come in four distinct geni: Fortune’s Farriers who delight in twisting fate, the supernatural powerbrokers of the Courts of Fey, the Green Ancients who speak for the biomes of our planet, and The Grim – personifications of our greatest fears and obsessions.  Each game you will take on the mantle of one or more of these Ancients, and place before your players a unique puzzle of a conversation to solve.

Why should I pick up TAOS?

Have you ever wondered what a dungeon-crawl would be like if you had to talk to the bosses?

The Ancient Ones Speak (TAOS) is a game of tactical conversation-based gameplay that tests players’ social and empathy skills, as well as their logic and reasoning capabilities. As players work to unpick “conversational puzzle boxes”, a card-based system facilitates the Arbiter taking the role of their eldritch opponent while ensuring the fairness of the interaction.

Between the Arbiter and the custom cards on the table, TAOS facilitates complex gameplay without the need for preparation time or up-front rules explanations to your players, so you can get straight into playing the tutorial campaign.

TAOS is a game with strong real-world connections; it allows players to explore their own identities, opinions, and experiences and make their mark upon a unique version of the human world. It is also a system where information (rather than battle prowess) is king; so while you keep track of how they are changing the world, they will be building maps of the relationships and motivations of ancient god-like beings.

In short: If you like the idea of players agonising over how to seduce the personification of The Public Opinion so that they can overturn an election result, this might be the game for you.

(For more details of the game mechanics, please watch the video at the top of this page)

Video Credits: Custom DM screen built to showcase the great work of the woodworkers of Rapa Nui (Easter island - if you ever get the chance to visit, please do, it is one of the best holiday destinations you could ever choose) and Sculpture Heaven http://www.sculptureheaven.co.uk/onlineshop.

In order to download this tabletop RPG you must purchase it at or above the minimum price of £5.99 GBP. You will get access to the following files: 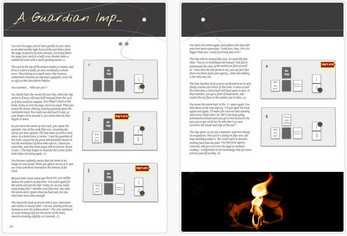 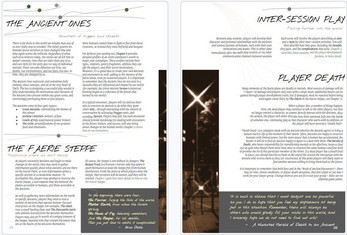 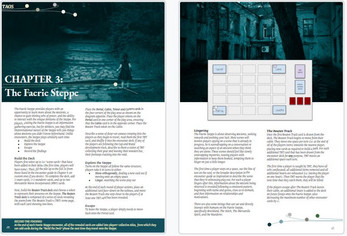 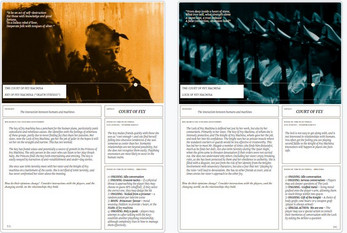 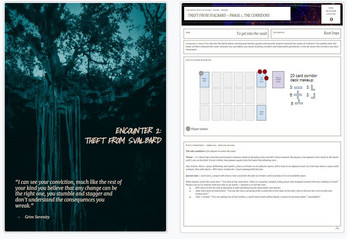